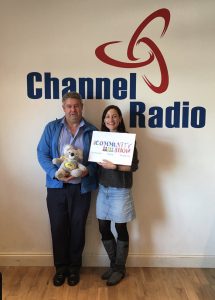 Broadcast on Thursday 3rd November 2016.  Our studio guest was Huw Page of the Sporting Bears Motor Club Koala Bears division which looks after the South East.  The Sporting Bears are dedicated classic and sports car enthusiasts who want to raise money for children’s charities up and down the country.  To date the club has raised over £1.5m in the 27 years they have been in existence and each and every penny they raise goes to charity as everyone involved in the club is a volunteer.

Listen to the show to find out how the Sporting Bears raise their money with their Dream Rides, the type of people who join the club and also how you can get involved.  The club are looking for more children’s charities across Kent who they can help.

If you would like to get in touch with the Sporting Bears you can do so in the following ways: