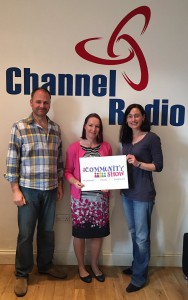 Broadcast on Thursday 12th May 2016.  This week is Dying Matters Awareness Week 2016 and our studio guest was Claire Cardy, Chief Executive at ellenor who are members of the Dying Matters coalition.  This campaign has come about to place the importance of talking about dying, death and bereavement firmly on the national agenda.  It is one of those subjects that some people don’t want to discuss with their loved ones but talking about it doesn’t make it happen.  Whether you have a terminal illness or the years are pushing on, it’s a discussion worth having in order that your wishes can be carried out when the inevitable happens.

Listen to the show to find out why you should just think about having this conversation with your loved ones and friends – it’s also of huge benefit for those who you do leave behind to know that they are remembering you and doing for you what you really wanted.  Even if that is to not have a funeral at all.

If you’re going to do something this weekend then why not sit down with the ones you care about and have a discussion and join in with the #BigConversation.

To find out more: