Broadcast on Thursday 27th August 2015.  We had an exciting last minute phone in guest, Trudi Bubb, who is a super fundraiser for children’s charities across the South East.  As well as heading up the South East Region (Koala region) of Sporting Bears with her partner Huw Page, a fabulous group of car enthusiasts across the UK who raise thousands of pounds for children’s charities each year, she is in preparation for the Clipper Round the World Yacht Race.  Listen to the show and find out about why she is doing this, more about her chosen charity, The Golden Lion Children’s Trust, and help her raise £20,000 in order that she can take 20 of the children from this charity to Lapland to meet Father Christmas and his reindeer!

If you know of any children’s charities that require help with fundraising, the Sporting Bears would be delighted to hear from them.  Contact Trudi on 07946 431 477 or Huw on 07941 575 465 or email them at koalabears@sportingbears.co.uk.

Plus of course all the usual banter, events, music and studio fun. 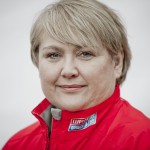 Trudi will be departing on 15th January 2016 and heading across from Australia, returning to the UK on 30th July where Huw will be welcoming her with a spectator boat.  She would love to see you then on her return.  You can keep up-to-date with all her adventures via her website – trudibubb.com – follow the Unicef crew via Facebook – Clipper 1516 Unicef – or follow Trudi via Twitter @TrudiForever

If you would like to support Trudi on her latest fundraising adventure: www.justgiving.com/Trudi-Bubb